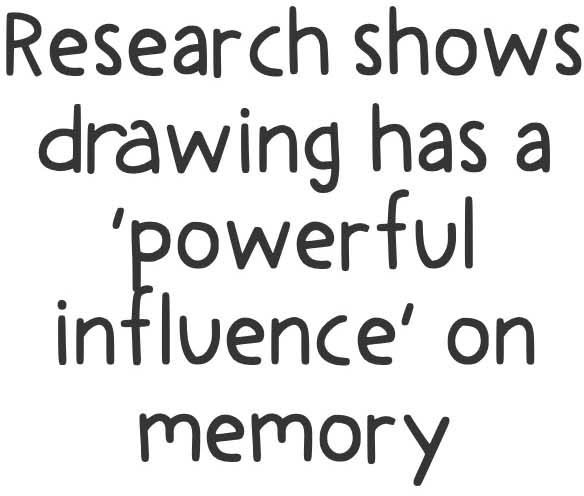 We know that using different parts of our brain to study (like writing, listening/reciting, and using play to create mnemonics) helps boost retention, but new research shows that visualizing and doodling a word or concept works even better than classic forms of studying! -and it doesn’t matter if you are “an artist”- meaningful scribbles appear to be just as effective. 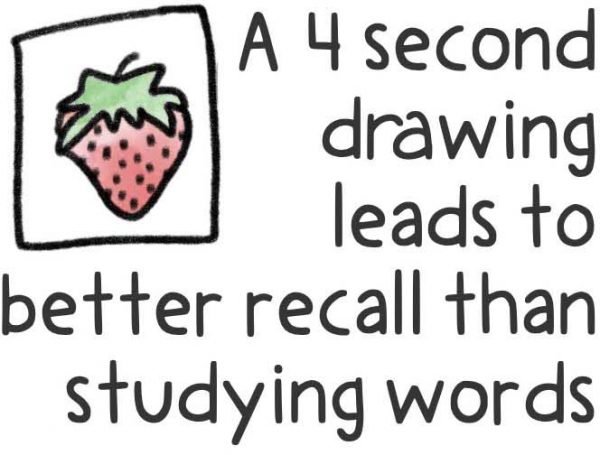 A four second drawing leads to much better memory recall than studying words. 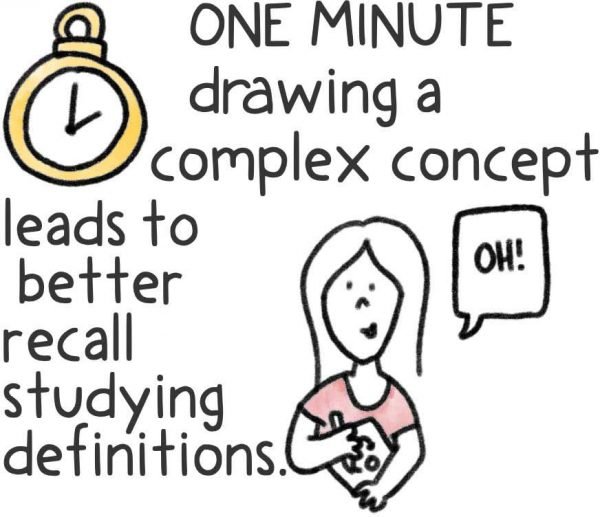 Just one minute spent drawing a complex concept led to better recall than the practice of studying definitions of the same concept. 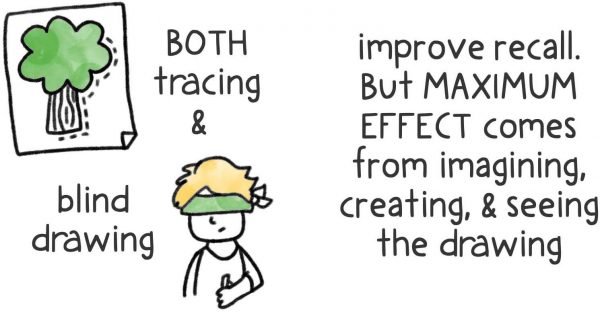 Both tracing and blind drawing (drawing while wearing a blindfold) improved recall in study participants, but the maximum benefit to memory retention came from imagining the drawing, then creating it, and then seeing the finished drawing. Improved recall from all three of these experiences is likely related to involving multiple parts of the brain in the process (imagination, motor skills, and vision) 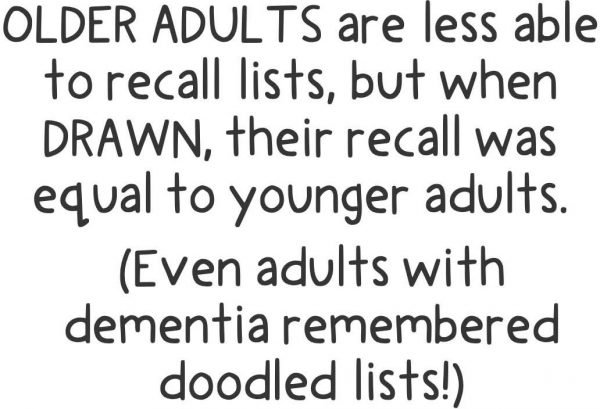 Memory decline in older adults is well documented, but when studied for this research, researchers found that when older adults drew a list of items they needed to remember their memory recall equaled that of younger adults. Interestingly, this effect was echoed in  a study of dementia patients with documented neurological-based memory decline. 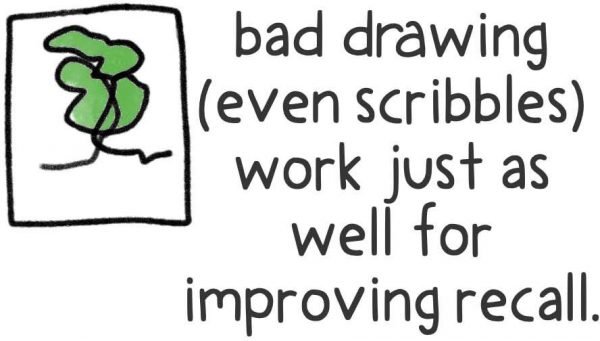 These positive effects were not just true for “artists.” This research indicates that even “bad” drawings are equally effective at improving memory and ability to recall things drawn, doodled, or sketched. 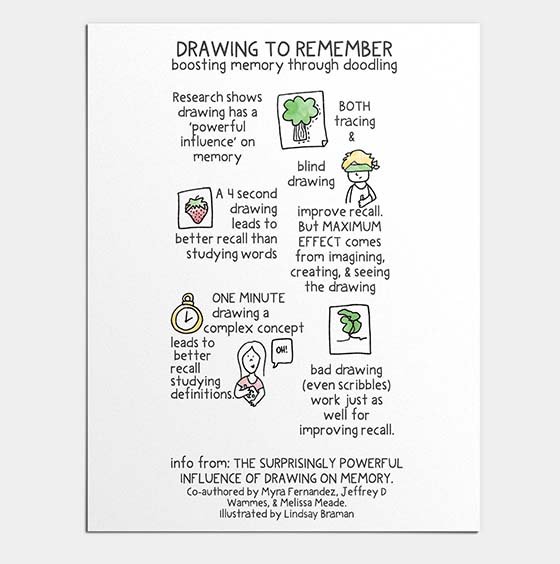 Or get All-Access as a $5/mo Patron
Image description for screen readers:

A hand-drawn header reads: “research shows drawing has a ‘powerful influence’ on memory

Image 2: a hand-drawn doodle of a strawberry drawn on a piece of paper is accompanied by the hand-lettered text, “a four second drawing leads to much better recall than studying words”

image 3: a hand-drawn image of a clock is accompanied by hand-lettered text stating “one minute drawing a complex concept led to better recall than did studying definitions.” At the bottom of this image is a hand-drawn illustration of a woman drawing a concept, with a happy look on her face, and a speech bubble containing the word “oh!”

Image 4: hand-drawn illustration showing a piece of paper with the tree being traced and an second illustration of a blindfolded man drawing are accompanied with handwritten text: “both tracing and blind drawing improve recall. But maximum effect comes from imagining, creating, and seeing the drawing”

image 5. Hand-drawn text reads “older adults are less able to recall list, but when drawn, their recall was equal to younger adults.” An arrow connects that block of text to the following text “results (were) echoed by a follow-up study of adults with dementia”

image 6. hand-drawn illustration showing a piece of paper with a vaguely scribbled tree is shown along with the hand-lettered text, “bad drawing (even scribbles) work just as well for improving recall.” 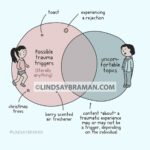 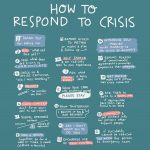 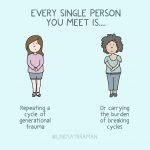 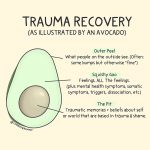 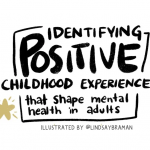