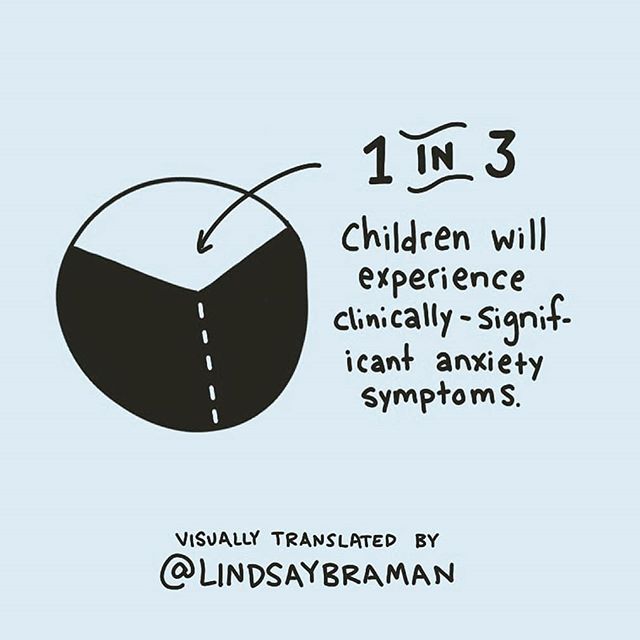 When kids are anxious, it is human nature to want to soothe them. For kids with significant anxiety, however, we may need to monitor ourselves for over-accommodating behaviors. 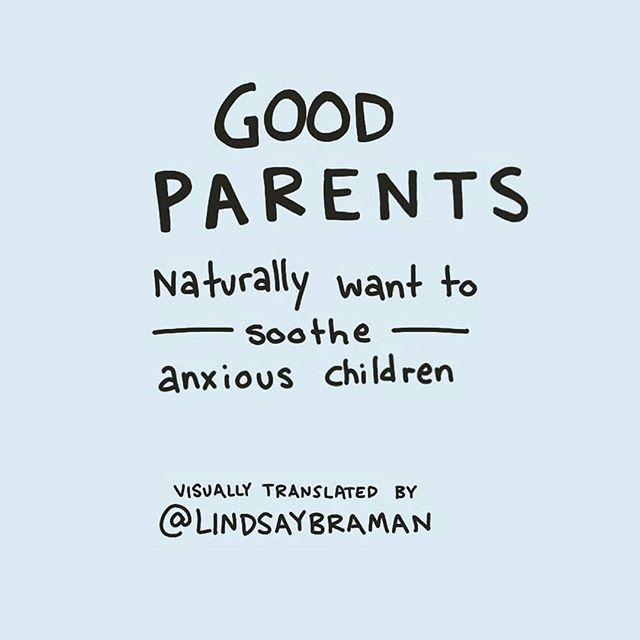 It’s natural that parents with anxious kids want to soothe them. Watching someone we love struggle can be overwhelming – especially when, at first, it seems so easy to offer the soothing that could bring relief. 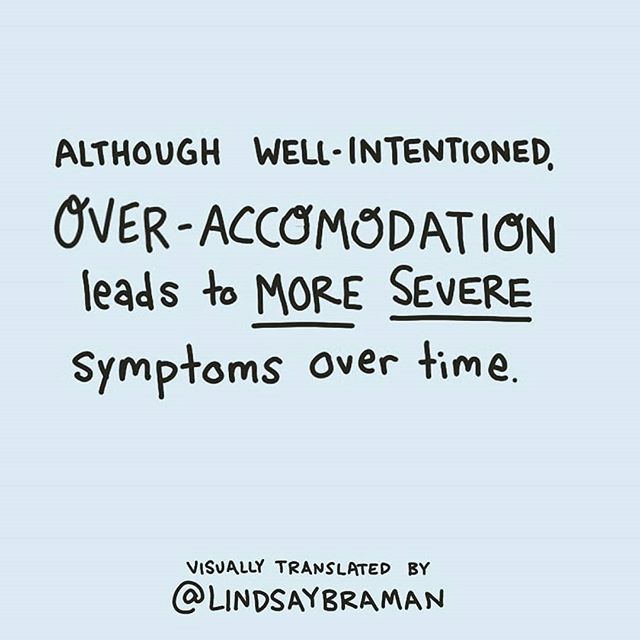 For many, the very natural urge to soothe an anxious child can begin to slip down a slippery slope towards accommodations.
Examples of accommodation might be speaking up for a socially anxious child when a relative asks them a question at a family gathering, answering reassuringly each time your child asks if their favorite shirt will be washed in time for school tomorrow, playing an active role in elaborate bedtime rituals created to sooth bedtime anxiety, or scheduling doctor’s appointments that you know aren’t necessary in order to soothe a child’s worry. 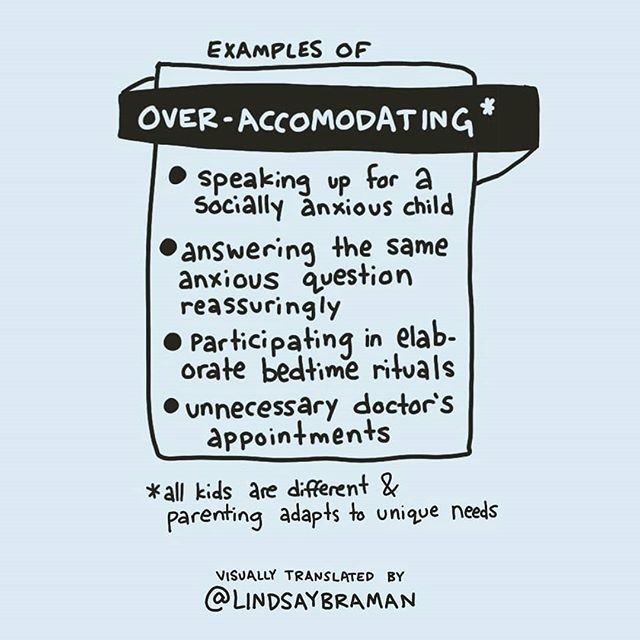 Group 1 received the most common treatment for kids with anxiety: cognitive behavioral therapy, while Group 2 didn’t get any therapy – instead, their parents got coaching in how to parent anxious kids with less accommodation.

The outcome? Both groups of kids had equivalent improvements in symptoms. 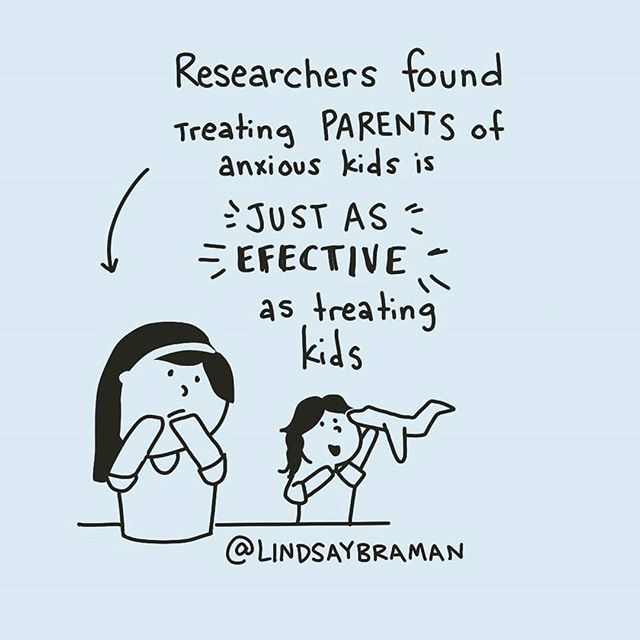 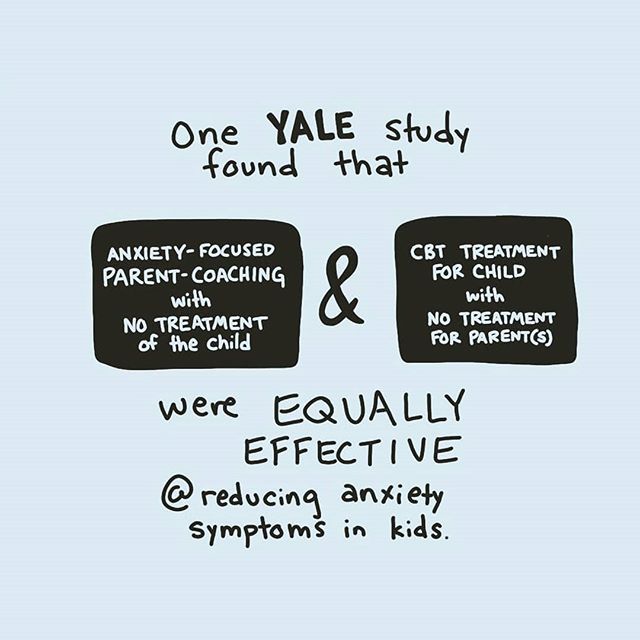 The coaching offered to parents in this Yale study focused on how to reduce accommodations while still supporting kids and acknowledging their difficulties. (Responding with statements like “I know you are scared, but I know you can do this.”) 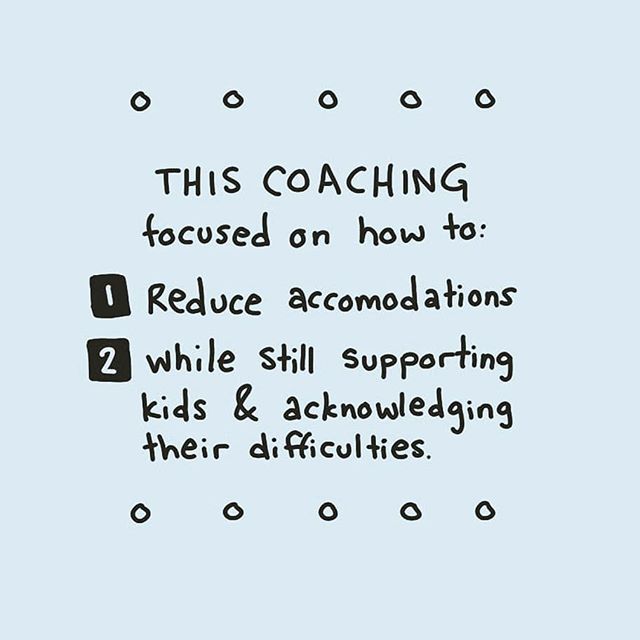 Empathically acknowledging fear AND setting boundaries that help kids grow is really, really hard stuff. If you need support, coaching, or help to know the difference between helping and enabling, ask for help. You don’t have to figure it out alone. 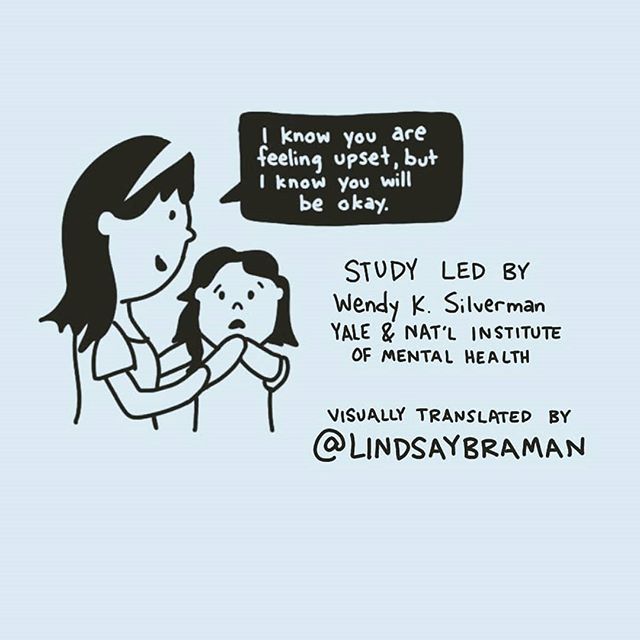 This series of information illustrations was based on a research study (“Parent-Based Treatment as Efficacious as Cognitive-Behavioral Therapy for Childhood Anxiety…”) published in 2019. 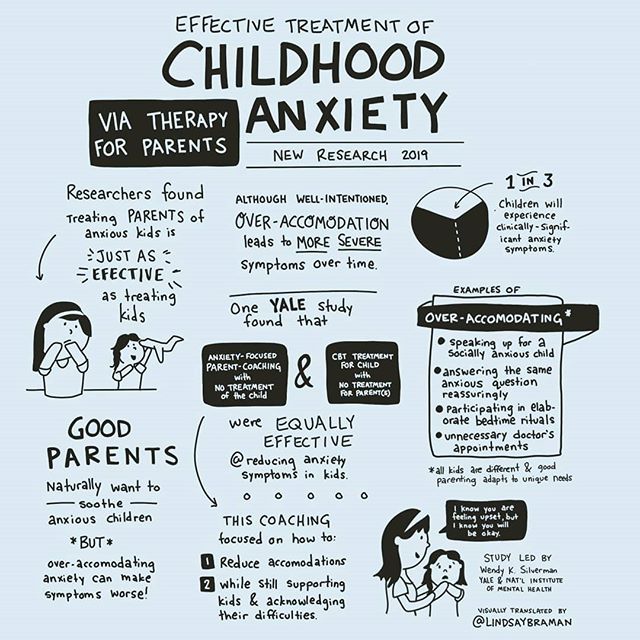 Image one: A simple pie chart is divided into thirds, the top section has an arrow pointing to it with the label “one in three children will experience clinically significant anxiety symptoms”

*All kids are different in attuned parenting adapts to unique needs

Image 6: handwritten font reads “this coaching focused on how to 1. Reduce accommodations and 2. Still support kids and acknowledge their difficulties.

Image seven: a calm female-presenting adult is shown soothing an anxious-looking non-gender specific child. A speech bubble shows the adult stating “I know you’re feeling upset, but I know you will be okay.”

Questions Aren't Connections: Cultivating Conversations Beyond Q & A
← Previous
All Social Media Has a Cost, Empowered Social Media Use Sets a Budget
Next →
Click here to cancel reply.