Print Your Own Psychology Valentines 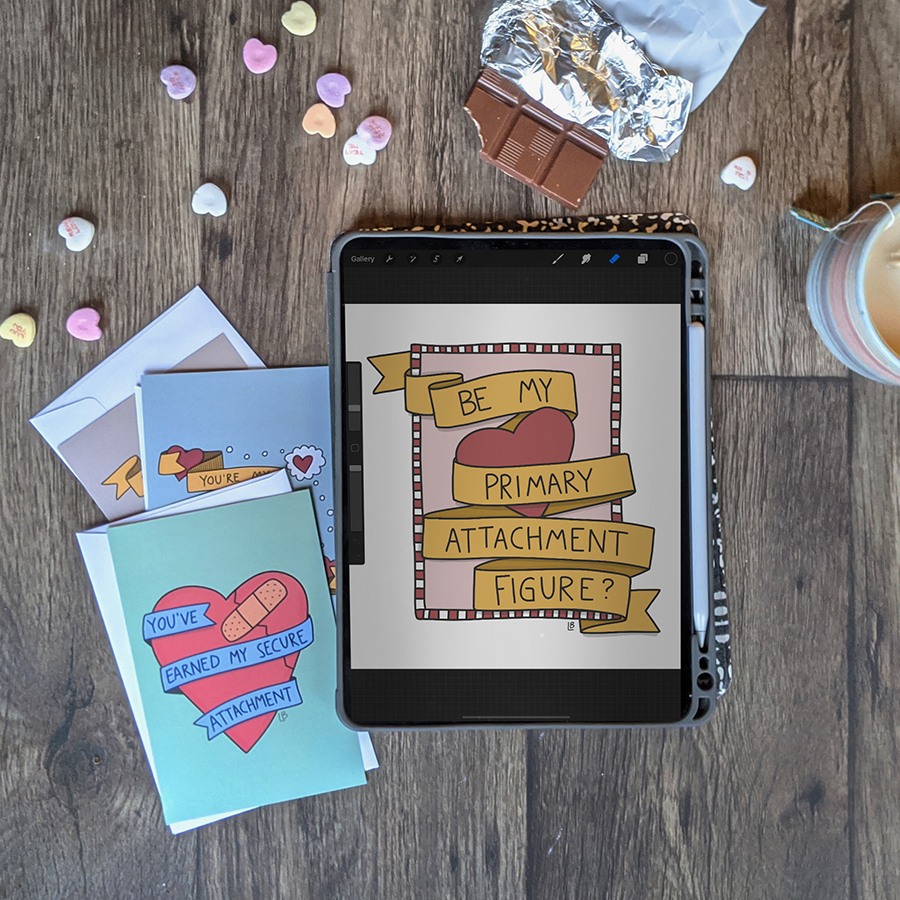 During my first year of graduate school, I managed to sneak into an elective intended for students later on in the 3-year program. The course was Interpersonal Neurobiology: the study of how brains change within the context of relationships. It turns out, the newest frontiers of neurobiology are confirming many of the oldest theories: brains grow, change, and/or heal in the context of safe relationships – it’s why the official stance of the American Psychological Association affirms that the quality of the relationship between a therapist and a client matters far more than the type of therapy practiced.

Attachment theory is the name given to the branch of psychology that studies how we engage interpersonal relationships (more attachment theory doodles here), and as the course progressed through the work of Dr. Dan Siegel, Dr. Alan Schore, Dr. Steven Porges, and others, attachment theory became a basis for how I understand brains, mental illness, and recovery. 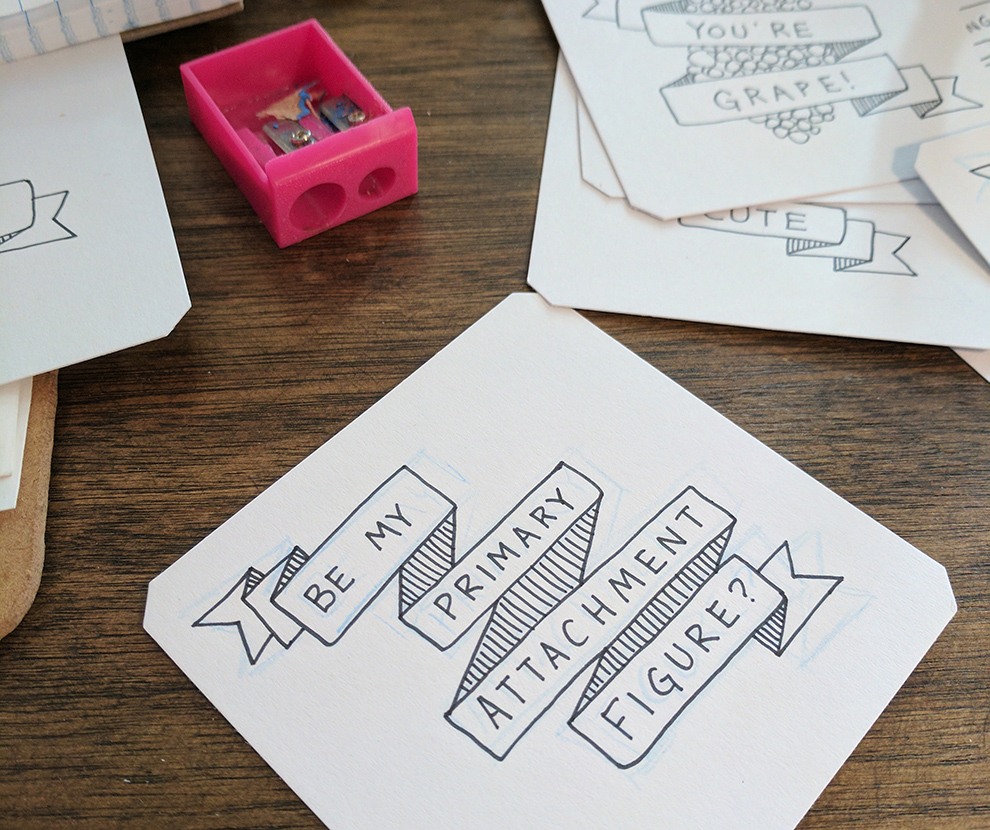 In February of that year, I was buried in the literature of neuropsychology and attachment theory (that was still a bit over my head at the time as someone who came in to graduate school with a non-psych undergrad!) as I was planning a “Galentines Day” pre-valentines day brunch for my fellow grad-school gal-pals. It was as I was prepping for this event and watercoloring small place cards that I first doodled this trio of psychology themed valentines:

That Valentine’s Day passed, as did – eventually – that semester, and these geek-humor little psychology valentines were nearly forgotten. As life has recently slowed down post-grad school, post world-travels, post-private practice launch, I recently pulled these out and started, metaphorically, “dusting them off.” Digitized in Procreate and colorized, this trio us now updated and available.

Download the print-your-own version below, get preprinted cards, or other fun merchandise like cards or stickers. Proceeds from the sale of these valentines fund the creation of more doodles and sketchnotes that bridge emerging academic psychology research with everyday language and down to earth illustrations. If you get as excited about this mission as I do – consider partnering with me on Patreon. This month, Patrons subscribed at the content developer tier and higher are receiving professionally printed cards and envelopes in the mail! (Current patrons can download this printable – and all my PDF’s – free by logging into your account on Patreon.)

Image description for screen readers:
There are three different Valentine’s Day cards in this post that are available for purchase through links provided in the post.

The first card has a grey background with a yellow banner that reads, “Be my primary attachment figure?” behind the banner are two hands reaching for one heart.

The second card has a pink background with a big red heart in  the middle. The heart is broken on the side and mended with a bandaid. A blue banner is wrapped around the heart and reads, “You’ve earned my secure attachment.”

The third card has a blue background with a yellow banner. On the banner is written, “You’re my favorite limbic system to attune to.” At the beginning and end of the banner are red hearts, with a thought bubble containing a heart off to the side.